Inside the state-of-the-art wine technology: Newly opened Galić winery in Kutjevo is a fascinating piece of architecture and design

Oct 29, 2018 | BE THE FIRST TO COMMENT
Inside the state-of-the-art wine technology: Newly opened Galić winery in Kutjevo is a fascinating piece of architecture and design

Located in the middle of the picturesque old town of Kutjevo, the wine producing centre of the region, Galić vina winery simply looks stunning. The industrial, modern and contemporary design is smartly planned to fit into the existing city structure.

Josip Galić, the owner of winery Galić, started his entrepreneurial path far away from the wine industry – but winemaking was always in the family. After selling his successful company, Mr. Galić invested in buying 40 000 vines on 6,5 hectares near Kutjevo. That was when, back in 2007, he entered the winemaking business by founding what is today Galić winery.

For more than 10 years, Galić wines were made in an industrial hall, rented and far away from being representative. From the very start, the chief oenologist is Slaven Jeličić, a Dalmatian with a big impact on this success story. Slaven was at first consulting and overlooking the whole winemaking process, which resulted in award-winning wines all over the world.

The first vintage was on the market in 2008 and, today, they have 60 hectares of vineyards that annually produce around 300 000 bottles of wine.

On the location of today’s Galić Vina winery was a school, which was later transformed into a textile factory. Architectural duo Tomislav Ćurković and Zoran Zidarić from the Dva arhitekta studio, stand behind the winery’s’ design. For their initial design, which was meant to be built on another location, the Dva arhitekta studio received the prestigious “American Architecture Prize”. Unfortunately, the project couldn’t be realized due to administrative complications and the location it was meant to be built. But, Mr. Galić tells us that maybe, someday in the future, they will invest in the realization of the planned project – potentially outside of the Kutjevo region.

The technology inside the wine cellar is worth around 15 million HRK. All temperature controlled, selection tables and presses are specialised for whites and reds. Oenologist Slaven Jeličić is especially proud to show concrete eggs and fermentators which will be used for a minimal intervention wine line. They started testing with smaller quantities and the vintage of 2018 will be the first commercial line of naturally produced, macerated Graševina, flagship grape variety of the winery.

The French oak fermentations have a glass-coated interior and a small glass window so you can overlook the fermentation process inside without opening and interrupting the fermentation. These were designed specially to meet the owner’s requests and the special theme of the winery – the number 9. All of the equipment, volumes and even the wine labels have to be either a multiplication or sum of numbers whose end result is the number 9, which is considered to be lucky by Josip Galić.

The new winery spreads on three levels / floors, which are, unusually, above the ground. The owner, Josip Galić, reveals that they also have a 600 square meters project underground that they are still finishing. For now, they cannot disclose the details but the plan is to open the underground area sometime next year (2019). 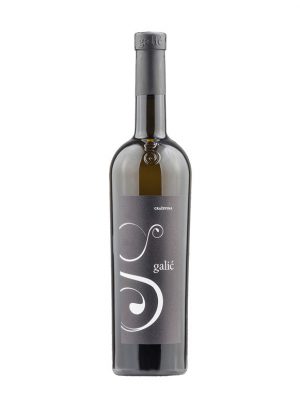 Kutjevo as the Croatian version of Tuscany?

The final vision behind the investment and constant improvement, both in the Galić winery and Kutjevo region, is to bring more people to enjoy the hillside region of white and red wines that could easily be compered with some of the more developed, worldwide wine regions.

Here at the Galić winery, they see Kutjevo as a Croatian Tuscany. For Jutarnji.hr, Slaven Jeličić reveals that here, visitors can enjoy riding bikes, hiking, wine tasting and soon – more gastronomic offers. That’s enough for us to come back and explore more!

This year, their plan is to buy Pošip and Tribidrag (Crljenak Kašetlanski) grapes in Dalmatia and to make Dalmatian wines in Kutjevo. This little operation leans on to the idea of building a new winery in Dalmatia, which, according to today’s’ success, is very much an option for the Galić winery in the future. 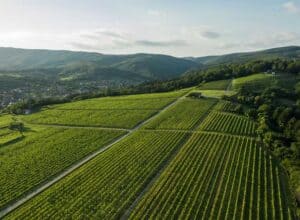 Winemakers
Kutjevo Winery – The story behind the Sold Out Graševina
Jan 21, 2022 | BE THE FIRST TO COMMENT 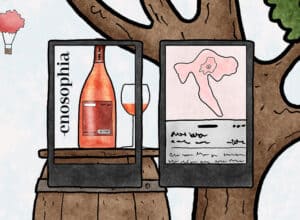 Winemakers
How Enosophia Will Change the Way You Think about Slavonian wine
Jul 29, 2021 | BE THE FIRST TO COMMENT 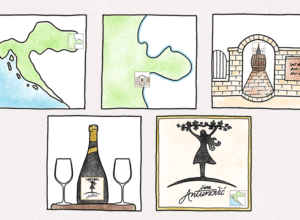 Winemakers
In the Embrace of the Danube, Grapevine and a Woman – Antunović Winery
Apr 26, 2021 | BE THE FIRST TO COMMENT