The Grk Grape Variety – an incredible dame amongst grapes

Apr 15, 2019 | BE THE FIRST TO COMMENT
The Grk Grape Variety – an incredible dame amongst grapes

Did you ever see that movie “My Big Fat Greek Wedding”? We know, it seems odd to mention such a movie when talking about wine, however, we want to tell you the story about how Croats invented Greek.

Around the small city of Lumbarda on the island Korčula, a very peculiar grape variety grows. You know how in the movie the head of the family brags how the Greeks invented everything? Well, the Croats invented Grk!

Grk (Croatian word for a Greek) is an autochthonous Croatian grape variety. It grows exclusively on the sandy soils near Lumbarda. Many tried to cultivate it elsewhere but failed. Part of the reason might be that the strip of land on which it grows is very narrow, so the grapes get a lot of sunlight and reflection off the sea.

Although the name might indicate a Greek origin, recent genetic studies have not shown any connection with Greek varieties. Even all attempts to find an equivalent variety in Greece have failed. Moreover, Grk was also compared to the Italian Greco, but the match wasn’t exact.

Rather, Grk is confirmed to be indigenous to Croatia and a close relative to Crljenak Kaštelanski (better known under its other names, Zinfandel and Primitivo).

Grk is often called “the most feminine of all the grapes”, but the reason for that is not it’s taste, but rather the fact that the variety has only female functional parts of the plant. Therefore, in order to reproduce successfully, it must be planted with other grape varieties.

On Korčula, the variety it is most planted next to is the well-known Plavac Mali, the most planted red grape variety in Croatia. The reason behind this is that both of those varieties blossom at the same time, resulting in ripe fruit at the beginning of September.

However, it must be mentioned that Grk almost never gives a high yield. With this sense of fragility built into the story and the fact that such little plant material available (less than 50 hectares exists in Croatia), some fear that each vintage of Grk might just be the last.

Additionally, although the word “grk” also literally means bitter in Croatian, wine produced from this variety is everything but that.

Rather, wines made from the Grk variety result in a delicious, high quality, indigenous dry wine that is high in acidity, and somewhat aromatic and fruity with hints of pine and saltiness. That is why it is often reminiscent of other grape varieties, but, due to its exceptional richness. It is impossible to put an equality sign between them.

On the one hand, Grk has a warm feel on the palate and is extremely rich with flavors just like Chardonnay and is intensely aromatic like a Sauvignon Blanc. On the other, it encompasses a refreshing acidity that reminds us of Riesling.

Not a lot of grk is produced and bottled yearly, therefore, getting your hand on one of them might be quite a challenge. Some say that your best chance of buying it is on Korčula, so if you happen to be there, treat yourself to a nice tour of the wineries and take a couple of bottles home. However, if this is not an option, we’ve got you covered. Pop off to the Wine&more website and have your bottle of Grk delivered to your doorstep.

Yamas or, as the Croats would say, živjeli!

The Greek word for a strip of land is “isthmus”, which literally means “neck”. In the movie My Big Fat Greek Wedding, there is a saying: “A man is the head of the house, but the woman is the neck, and she can turn the head anywhere she likes”, and, boy, does this feminine grape variety make our heads turn! 😉 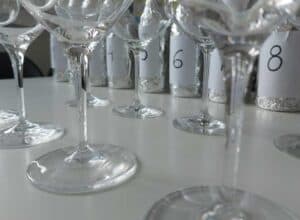 Articles
Croatian Chardonnay Tasting
Apr 12, 2021 | BE THE FIRST TO COMMENT 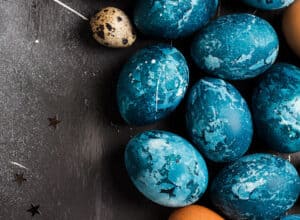 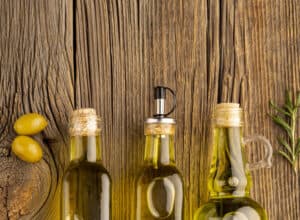 Articles
7 Reasons Why Extra Virgin Olive Oil is Extra Healthy
Mar 26, 2021 | BE THE FIRST TO COMMENT